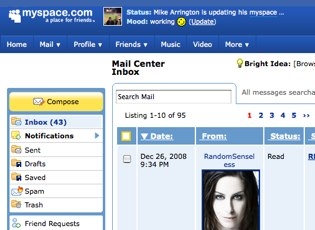 I wrote a post about "Gmail users +43%" yesterday morning. But I read some news from TechCrunch today that MySpace build a pretty solid webmail system and probably they will become third largest webmail provider. Also QQ is the fourth in the largest webmail providers competition and it should raise a lot due to rapidly increasing of China internet users penetration. 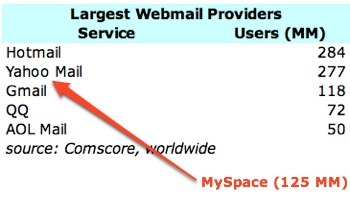